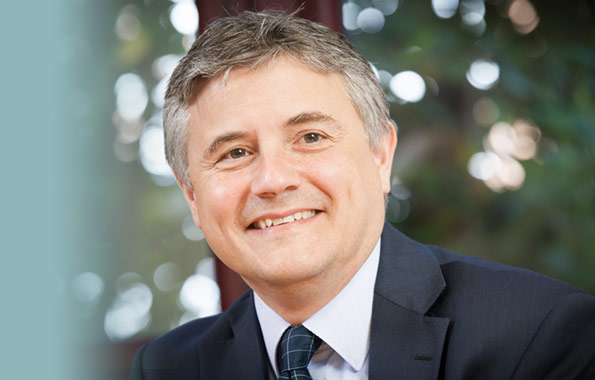 Richard was admitted as a solicitor in 1992. After 4 years in practice in North West London, he joined Vanderpump & Sykes in December 1996 in the Litigation department before progressing to Associate level. Richard then became a Partner and head of Litigation specialising in Employment law. He also acts for corporate clients in Commercial disputes. Richard is a member of the Employment Lawyer's Association.

It is in his genes. Richard comes from a family where law has permeated the gene pool. His father and wife practise law as do several other members of the Stephens clan.

Aside from his legal 'heritage' why did Richard become a lawyer?

"I like a good debate and have always been keen to argue a point. I pride myself on being good with detail but I'm also able to see the wood for the trees. Employment law has a very human element, more so than some other areas of law. It's a fascinating subject covering all aspects of life and the emotions that go with it. Being able to give talks about my work at seminars and events adds to the enjoyment."

1992 - Admitted to roll of solicitors

How can we help?

Having had dealings with Vanderpump and Sykes, I have found (them) to be helpful, courteous and efficient ... I would have no hesitation in recommending Vanderpump's services to anyone in need of professional advice.

I have been more than satisfied with their service. I have been treated with courtesy, great helpful information, even humour. I have every confidence in recommending them.

I would like to take this opportunity ... to thank you for assisting us in bringing this matter to a satisfactory conclusion ... particularly for your clear understanding of our problems enabling you to express our case with such clarity to the other parties.

Introductory meeting at £75.00plus VATRead more

Wills from £175.00plus VATPlease call or email for further details.Read more

Please call or email for more details about our business services.
Read more

Neighbours Encroaching on Your Right of Way? Consult a Lawyer Today

Many homes or businesses are only accessible via neighbours' land and that can prove fertile ground for dispute. However, as a High Court case showed , expert lawyers are adept at ensuring their clients' unhindered use of rights of way. A couple's home and...
Read more
Read More
Your choice regarding cookies on this site

Some cookies are essential, whilst others help us improve your experience by providing insights into how the site is being used. The technology to maintain this privacy management relies on cookie identifiers. Removing or resetting your browser cookies will reset these preferences.